Melt the ice and crush the cheeto. Protest is alive and well in Oakland. Plus a few fun characters.

What a bunch of faces these are! I saw them on Broadway in Downtown Oakland and had to stop for a pi

Here are a few of the lovely street art pieces that I spotted on my trip to London. These are from t

Stripes and flowers on the wall today with some pretty street art from West Oakland.

Here are some very playful pieces from guest city, Salt Lake City. Not sure about the artists, but I

What a spectacular mural by @griffonone. It’s called West Coast Blues and it’s in West O 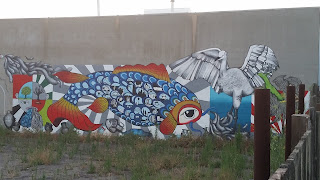 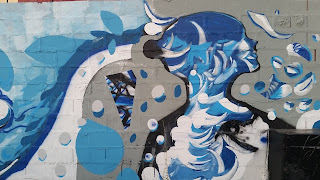 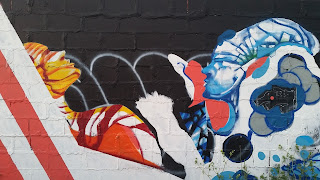 Here’s a cute mural from Nigel Sussman in downtown Berkeley. Seems like Berkeley is where all the music’s at. 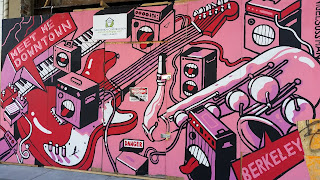 La Peña is an institution in Berkeley. It was formed by Chilean immigrants in the 70s who were fleeing from the brutal regime of Augusto Pinochet. A Piña is a traditional gathering place for music and celebration in Chile and it was were people came together to play Nuevo Cancion, or new music. The musicof protest that was drawn from Chilean folk music. There is still a lot of  this music played at La Peña today, performed by the La Peña Community Chorus. Check them out when you get the chance!
I don’t know the name of the artist who painted this iconic mural outside of  La Peña but isn’t it a beauty?! 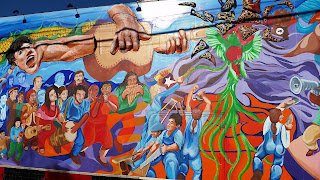 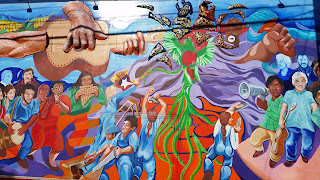 Here’s a grouping of pieces of street art from around the area of West and North Berkeley. Those metal doors and windows are painted on the wall! 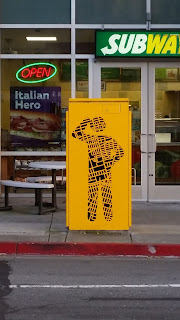 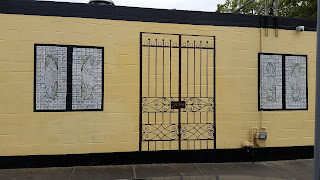 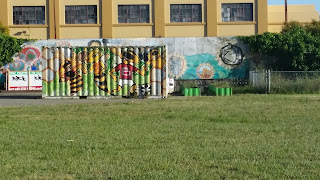 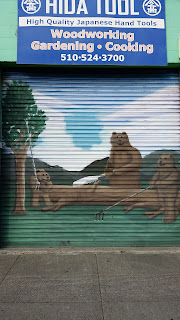 Some beauties from Nigel Sussman on Telegraph Ave. 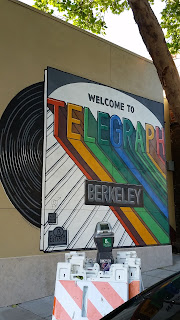 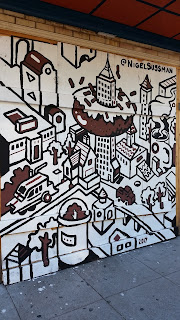 Here’s a really pretty mural painted by R. Black in honor of Japanese American artist Chiura Obata who was a professor at UC Berkeley and was also imprisoned in the Japanese internment camps during world war II.
Below is an electrical box that is unsigned but looks like a Nigel Sussman piece. These are both on Telegraph Ave close to the university. 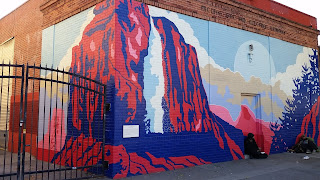 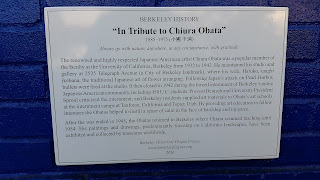 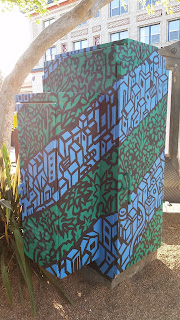 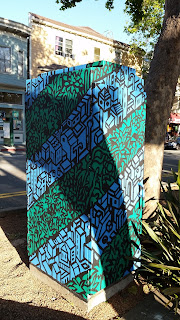 These ladies just jump up to catch the light! They are on the grounds of Omega Salvage. 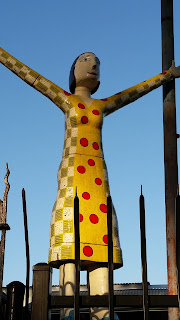 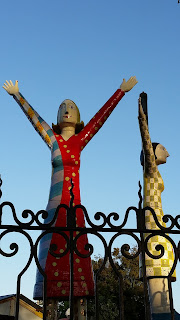 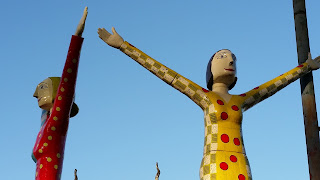 I came upon this interesting metal sculpture  in West Berkeley. Starting with a San Francisco city silhouette with city animals like cats and birds, it slowly transitions to farmland with farm animals, and then the mountains and a wild bear. 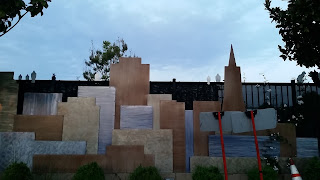 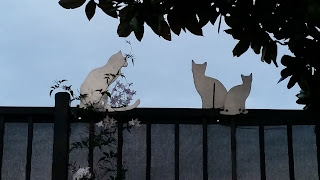 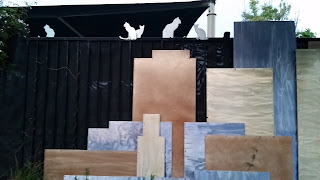 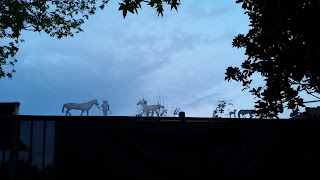 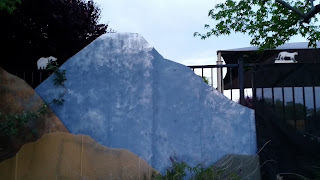 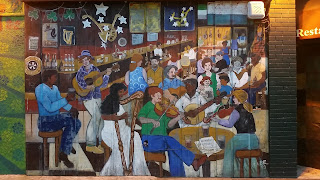 It’s loteria season again and here is some great loteria card electrical box art to celebrate. I love el Corazon and la Serena as well as the made up cards like la luna and el circo. These are in south Berkeley. 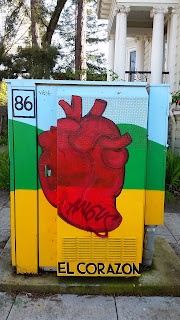 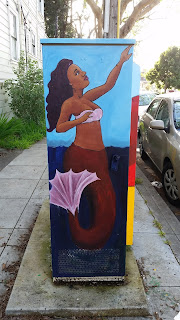 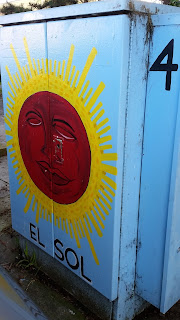 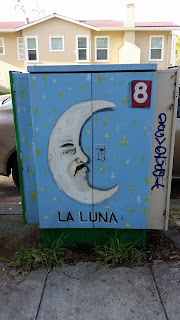 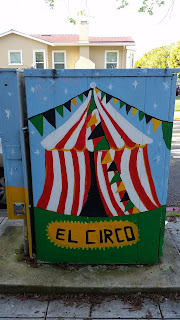